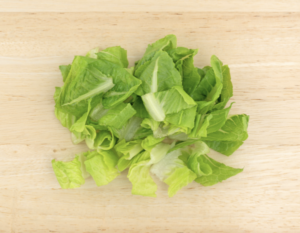 Illnesses started on dates ranging from March 13, 2018 to April 6, 2018. Ill people range in age from 10 to 85 years, with a median age of 34. Seventy percent of ill people are female. Thirty-one ill people have been hospitalized, including five people who developed hemolytic uremic syndrome.

Illnesses that occurred after March 29, 2018, might not yet be reported due to the time it takes between when a person becomes ill with E. coli and when the illness is reported. This takes an average of two to three weeks.

State and local health officials continue to interview ill people to ask about the foods they ate and other exposures before they became ill. Forty-one (95%) of 43 people interviewed reported eating romaine lettuce in the week before their illness started. Most people reported eating a salad at a restaurant, and romaine lettuce was the only common ingredient identified among the salads eaten. The restaurants reported using bagged, chopped romaine lettuce to make salads. At this time, ill people are not reporting whole heads or hearts of romaine. Information collected to date indicates that chopped romaine lettuce from the Yuma, Arizona growing region could be contaminated with E. coli O157:H7 and could make people sick.